As 2021 neared its end, I sat and reflected on our bills, the effort our association put forth, and who played a leading role in CPMA’s endeavors this past year.

When my father began his practice in 1960, podiatrists were not allowed hospital privileges. They could not prescribe narcotics. They were not considered physicians within Medicare. Eventually, our predecessors fought and won those battles, on state and federal levels. In the 1980s, when my father was president of CPMA, the state society tried, unsuccessfully, to increase our scope of practice to include ankle structures. During this time, the leadership in the state association was robust. There were CPMA committees to deal with issues regarding legislation, insurance, CPMA membership, and so much more. 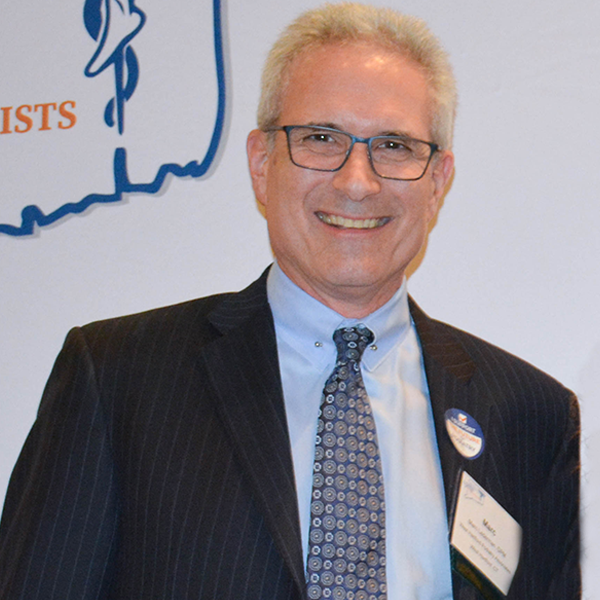 Many of the podiatrists that took an active role in CPMA leadership during the late 90s and in recent years had fathers who also were podiatrists. These members have worked tirelessly for our state to help advance our profession. We grew up with podiatry, witnessed first-hand the changes and advancements, and saw how hard our parents worked for our profession, many of whom took on national leadership roles as well. Today, as you know, we move closer to full parity in all aspects of medicine, but much work still needs to be done. This brings me to what has occupied my thoughts for the past couple of weeks.

While our current membership has active, passionate doctors, many are close to retirement. Who will be there to replace them once they are gone? Our priority is to inspire the same passion that we saw as young physicians. We can do this by supporting one another in our association and encouraging the next generation to become active participants in our field.

Whether you’re a member of our association or someone interested in podiatry, see how CPMA and its members are helping pave the way for new podiatrists below.

The goal of CPMA is first and foremost empowering the future of our field by providing unparalleled educational opportunities for podiatrists at every level. We host helpful educational webinars, update our blog regularly with information valuable for patients and practitioners, and offer connections to resources like the APMA.

The biggest event of the year is our Annual Symposium where local podiatrists gather to meet and learn from CPMA Board Members and internationally-renowned professionals, as well as connect with vendors of the latest medical devices and services. Experience our last Symposium for yourself in this recap of our 2021 event.

Our educational resources don’t end with podiatrists. We ensure all members of your practice stay up to date on skills, certifications, and qualifications with programs like our Radiology Course. This way, you know your patients receive the best care no matter whom they see.

Educational opportunities only mean so much without proper guidance. That’s why we promote mentorship opportunities between established podiatrists and those who are new to the practice. Events like our Cadaveric Lab connect young doctors with the latest surgical tools and techniques, along with practiced podiatrists who ensure they’re getting the most out of the lesson.

In less formal settings, mentors provide advice for growing a practice, providing better care for patients, managing, staff, connecting with other professionals, and so much more.

As members of our association know, it’s important to build rapport with peers of similar standing. That’s why we find ways to foster relationships between young podiatrists. We give them a voice by featuring them on our blog, foster their growth by encouraging them to participate on our board and committees, and even host unique events for them.

With so many ways to support the next generation of podiatrists, we encourage you to stay or become active in CPMA and help inspire and pass the torch to our future leaders. If you are a young podiatrist, take advantage of all we have to offer with a CPMA membership. Learn about our benefits today.