While onychomycosis caused by dermatophytic fungi are most often treated with terbinafine, an increasing incidence of cases with terbinafine resistance mutations may be impeding treatment success. 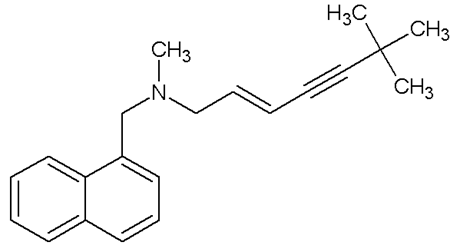 A new terbinafine resistance assay, available only with the BakoDx Onychodystrophy PCR Test, can quickly detect these resistance-associated mutations, so prescribing physicians can limit ineffective medications and increase treatment efficacy. BakoDx, a diagnostic leader in dermatopathology and molecular analysis (PCR), has developed a real-time PCR assay that detects these 12 fungal mutations, and identifies terbinafine resistance in Trichophyton rubrum and Trichophyton mentagrophytes

Dermatophytic fungi, primarily T. rubrum and T. mentagrophytes, are the leading cause of mycotic nail infections. However, there is a global public health concern that the most common antifungal treatment, terbinafine, may become less effective due to genetic mutations found in members of the Trichophyton genera, which have been shown to confer resistance to this agent.

This newly developed assay is offered as a reflex test, meaning that only specimens confirmed as T. rubrum or T. mentagrophytes by the BakoDx proprietary onychodystrophy assay will be screened for the mutations associated with terbinafine resistance.

“As all physicians involved in the treatment of patients with onychomycosis know all too well, the therapeutic difficulties and patient frustrations encountered with managing this problem are real,” said Dr. Wayne L. Bakotic, Chief Medical Officer and co-founder of BakoDx. “The emergence of terbinafine resistance has complicated the issue all the more.”

Posted in News
← Saving You Time and Money: APMA Coding Resource CenterGetting and Staying Board Certified: A Guide for Young Podiatrists →