Leaving the World Better Than He Found It – Spotlighting Dr. Jeeten Singha

Leaving the World Better Than He Found It – Spotlighting Dr. Jeeten Singha

The future of podiatry in Connecticut – and throughout the United States – looks brighter than ever with our next generation of doctors and leaders.

Currently practicing at Connecticut Orthopaedics and teaching residents at the Yale University School of Medicine/Yale New Haven Hospital, Dr. Jeeten Singha is one of these young physicians who make us excited to see where podiatric medicine is going. Whether in a surgical setting, on the tennis court, or out and about in Connecticut, you can see his passion in everything he does, and it drives him to “Leave the field better than [he] found it.”

We are thrilled to see his enthusiasm and proud to share his story, thoughts on the future, and advice for other young podiatrists in the state: 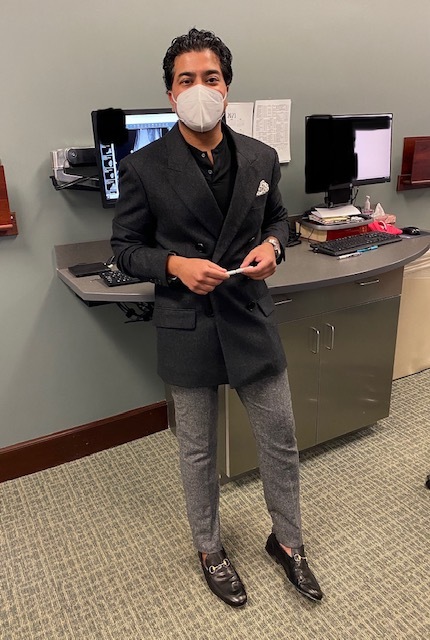 As an active athlete throughout his life, Dr. Singha has always understood the importance of caring for every part of the body. That’s why, when he got to shadow his tennis team’s physician in college, he knew that podiatry was the career for him.

Not only did Dr. Singha understand the value of his physician’ work, he found the intricacies and nuances of foot and ankle surgery fascinating. Since podiatry encompassed everything from treating trauma and sports injuries to reconstructive surgery, there would always be something new to learn and another way to help patients. Furthermore, podiatric training would allow him to support local sports communities; he was soon treating foot pain, sprains, and Achilles injuries for Connecticut’s weekend warriors.

It’s Not Just the Work, It’s the People 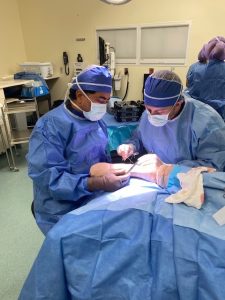 When asked what invigorates him, Dr. Singha easily summed up his thoughts, “Every day is an opportunity to meet new people.” For him, podiatric medicine is a communal experience where a passion for people is mandatory.

Every patient has a story. Whether they’re a student, a daughter of an immigrant, a pilot, or anyone in between, Dr. Singha gets to know and understand the people he treats. Medicine can also become a family affair when happy patients refer their relatives. “To get to see their relief at their loved one getting better is definitely one of my favorite parts of my job.”

Dr. Singha also makes sure to pay his colleagues, staff, and residents with the same level of care and attention as his patients. It takes a fully committed team to run a successful practice with each member as important as the next. By getting to know his team well, he knows how to leverage everyone’s strengths for the best results.

You Get More When You Give Back

“I was raised to give back to my community and my profession.” Dr. Singha regularly puts this belief into action, working on the Board of Directors for New HYTEs, a New Haven-based charitable organization that provides educational support, mentorship, and tennis lessons for inner-city youth. He is also active with the Special Olympics and the Juvenile Diabetes Research Foundation.

This altruistic mindset extends into Dr. Singha’s day-to-day work in podiatry. “I was really lucky to have amazing mentors throughout my career and my training. I look forward to passing that knowledge down to my residents.” He provides lessons for his residents, as they join him during surgery where he teaches the procedures and answers questions along the way. Hands-on experience provides critical knowledge for professionals, helping them improve and reach new heights. Dr. Singha believes that training the next generation will ultimately set up podiatric medicine for greater successes.

However, these teaching experiences aren’t only beneficial for his students. “I learn from my residents all the time. ‘Should we try the surgery this way? Maybe something different? Actually, I read an article on this.’ I pride myself on keeping up on the forefront of foot and ankle medicine, and if they have an idea, they’re always welcome. You have to be a lifelong learner to be in this field.”

Students and mentors have a symbiotic relationship where they inform and support one another, making the next generation better than the last. The more he learns from his students, the more he can teach his students, and the cycle continues.

The Future is Now

Even though Dr. Singha is still in the early stages of his podiatric career, he has a clear understanding of the problems facing the profession. As many CPMA members know, fee parity is one of podiatrists’ biggest challenges. Dr. Singha was quick to explain the importance of advocacy and how every professional has a role to play in our growth.

When it comes to promoting podiatry, the path is easy. “Be a good mentor. Be a strong part of the community. Expose people to what we do and take part in charitable activities on a local and national level.” The more our community works to support one another, the stronger it will be in the years ahead. The best time to start securing our future is right now.

Starting from the Ground Up – CPMA’s Secret for Success 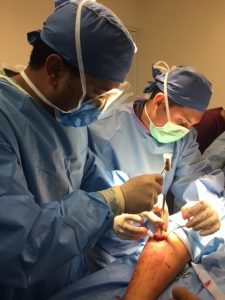 Since the beginning of his career, Dr. Singha has been an active, vocal participant in medical associations – and still is today! He has worked with and presented at APMA National Meeting, the American College of Foot and Ankle Surgeons, the American Academy of Orthopaedic Surgeons, and the American Orthopaedic Foot & Ankle Society. It’s no surprise that he joined CPMA, but what drew him to our organization?

“Why did I join CPMA? It’s the easiest way to advocate for yourself, your peers, and push the field of medicine forward. After hearing everyone talk about the good effects it has, it was a no brainer.” In podiatry, as in life, “It starts from the ground up.”

By focusing on the small, foundational aspects of a community, Dr. Singha believes you can have further reaching effects and build to large-scale opportunities. It’s similar to the way that foot and ankle care can have a positive impact on the entire body. CPMA lets podiatrists connect on an intimate, local level to solve problems affecting those near them. It also provides opportunities to amplify those voices and positively impact podiatry as a whole. For our state’s podiatrists and patients, the value of community is second to none. “The people in Connecticut have been so nice, so down to earth, and so willing to help, ever since I started.” With all of this support behind him, Dr. Singha plans to learn, grow, and give back as much as he can. He’s already an active voice in CPMA and wants to go further. By taking on bigger responsibilities in the association, he can be a leader in his profession, in Connecticut, and the United States.

After all, “If you truly love the profession, you should try to further it. The best place is to start local and work up from there!”

Want to another perspective from Connecticut’s podiatric community? See our spotlight on Dr. Richard Ehle, who has been practicing for over 40 years!